Geology Professor Nicola Casagli of the University of Florence talks to reporters about how geologists are monitoring movement of the cruise liner Costa Concordia off the west coast of Italy at Giglio island January 31, 2012. Geologists monitoring the movement of the capsized cruise ship Costa Concordia are doing so with the help of technology normally used for volcanoes and landslides. Italian authorities have ended the search for bodies on the submerged sections of the ship, more than two weeks after the giant cruise liner capsized off the Tuscan coast, officials said on Tuesday. A fire brigade spokesman said the ship's recent movements led to the indefinite suspension...REUTERS/Darrin Zammit Lupi (ITALY) 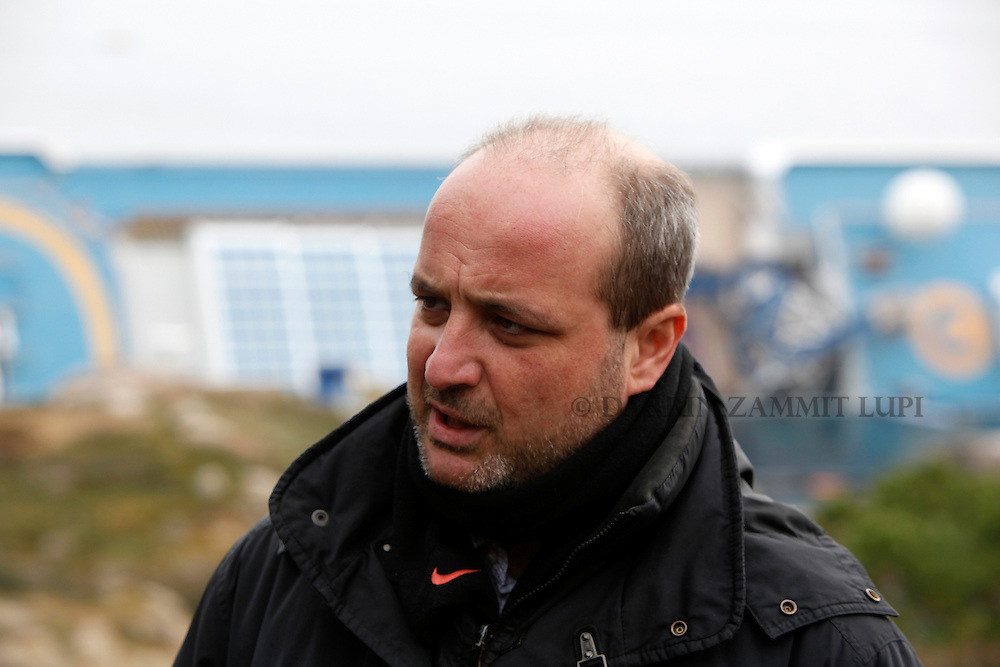