Civil Protection firefighters battle a blaze which gutted two factories at the San Gwann Industrial Estate outside Valletta September 29, 2005. One worker was injured when the fire broke out in the Trimite paint factory, which quickly spread to a neighbouring screen print factory. Schools in surrounding villages had to be evacuated because of the toxic billowing black smoke, which could be seen from all over the island...MALTA OUT..REUTERS/Darrin Zammit Lupi 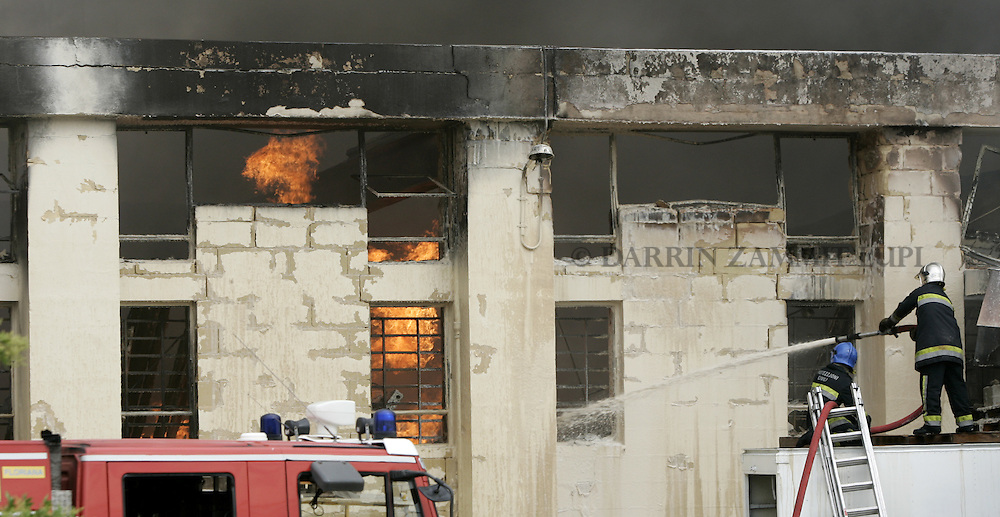