Migrants hang onto flotation tubes in the sea after jumping from an overloaded wooden boat during a rescue operation 10.5 miles (16 kilometres) off the coast of Libya August 6, 2015. An estimated 600 migrants on the boat were rescued by the international non-governmental organisations Medecins san Frontiere (MSF) and the Migrant Offshore Aid Station (MOAS) without loss of life on Thursday afternoon, a day after more than 200 migrants are feared to have drowned in the latest Mediterranean boat tragedy after rescuers saved over 370 people from a capsized boat thought to be carrying 600. Picture taken August 6, 2015.
REUTERS/Darrin Zammit Lupi
MALTA OUT. NO COMMERCIAL OR EDITORIAL SALES IN MALTA 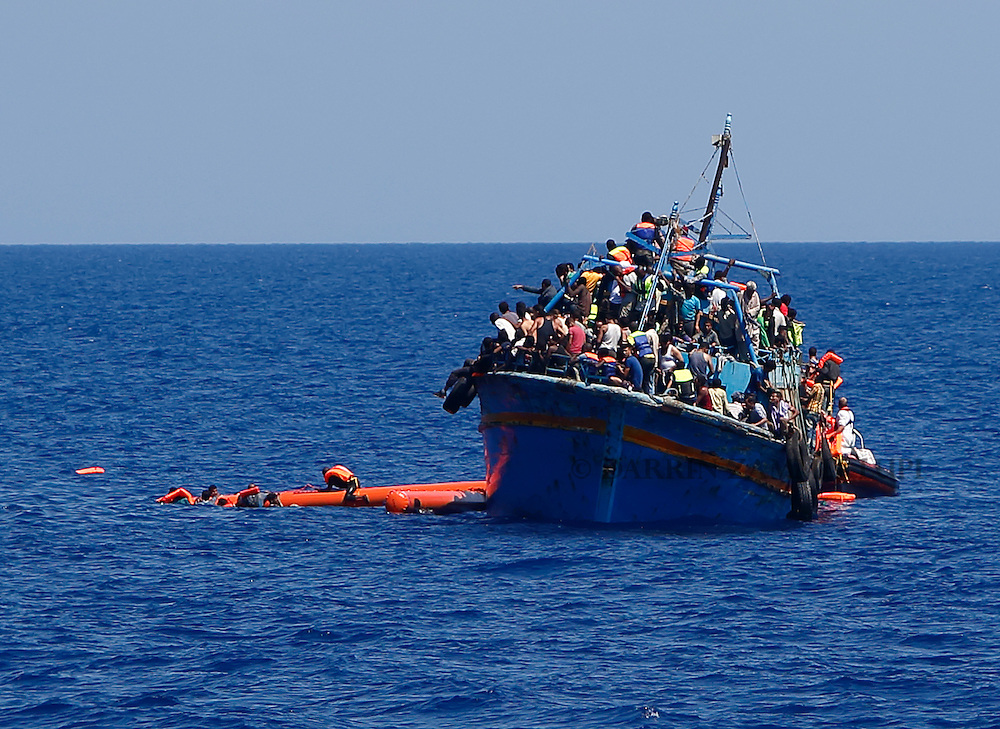